This program gives young footballers between 11 and 17 years of age a fantastic opportunity to attend a summer football camp hosted by the world famous FC Barcelona.

Download some information about this program and read it at anytime.

This program gives young footballers between 11 and 17 years of age a fantastic opportunity to attend a summer football camp hosted by the world famous FC Barcelona. Students get to train at the club’s Ciudad Deportiva Joan Camper complex, which as well as being home to La Masia (Barcelona’s famous youth academy) also hosts the first team’s training sessions.

The facilities are equipped with nine top quality football pitches where students train under the guidance of FC Barcelona’s official coaching team. During their stay, the children will learn how to play football in the style of Barcelona’s youth academy.

In addition to the football training, participants will attend classroom sessions where the theory of football is explored in further detail along with other important topics such as sports psychology and nutrition.

The FCB Escola in Barcelona also arranges a range of entertainment activities to allow the students to have some fun, get to know each other better and get the best out of their stay at the academy. Activities may include a tour of the Camp Nou stadium and club museum as well as trips to other symbolic places in this fascinating city.

During their stay, participants are accommodated at the Sarria Residence, a modern facility equipped with all the amenities that young people could want. As well as comfortable rooms, the students are provided with breakfast, lunch and dinner every day, and also have access to its other facilities. Each night, a program of leisure and entertainment activities are also hosted at the residence.

Hundreds of young people take part in the summer camp each year. However, we also offer high performance training programs in Barcelona throughout the rest of the year.

The participants are accommodated at the same location as the sports complex, providing extra security for the students and reassurance for their parents.

The camp attracts young people from all over the world who live together in shared rooms of 4-6 students per room. As a result, the young people at the camp enjoy a rich cultural experience, growing and developing as individuals not just as footballers. Football training at the Barcelona summer camp is based on three basic pillars:

During the week, from Monday to Friday, the students take part in two practical training sessions per day on the field - one in the morning and another in the afternoon - where they will learn to play in the style of La Masia academy.

There are a total of four hours of physical and tactical training each day, led by official coaches from FC Barcelona, all of whom have wide experience in training players throughout the minor categories of this great club.

Initially, the training groups are organised according to age. However, once the coaches have had the chance to analyse the abilities of each player, they will then be arranged into groups of equal ability.

The camp’s Head Coach will hold theoretical and practical workshops where the young people will learn themes such as: strategy, match analysis, psychology and sports medicine.

Additionally, before each training session, technical discussions are held on the field to motivate the players and establish the objectives of the day.

For part of the day, students on the goalkeeper’s program will take part in training sessions away from the main group with a specialist coach. Once these sessions shave been completed, they will continue training with the rest of the group. Although football training is the main focus of the program, the FC Barcelona summer camp also offers a full agenda of activities to ensure that students get maximum the enjoyment of their stay.

Aside from the daily training schedule, the camp organizes additional training activities and excursions to local places of interest including the Camp Nou stadium, shop and museum.

A day at the FCB Escola summer camp in Barcelona starts early as students wake up, wash, get dressed and have breakfast before heading by bus to FC Barcelona’s training grounds for the first training session of the day.

The evening activities may take place at the residence or outside of the complex in the city of Barcelona itself. One of the aims of the camp is to ensure that the youngsters get a chance to get to know the city where they are residing.

At 9:00pm, the students will have time to relax, call their families, chat with their companions or play table tennis, until it’s time to go to bed and get some rest in preparation for the next day.

All the students will get the chance to enjoy excursions away from the camp. This will give them the chance to get to know some of the most important and interesting cultural sights that the city has to offer.

Typical excursions may include trips to the following places of interest:

In addition, the students will get a chance to socialise with their companions by experiencing a “noche de tapas” (tapas night) or “noche de hamburguesa” (hamburger night).

At the weekends, two further outings will be organised. On Saturday, the students will head to the beach for a day, while on Sunday, they can have fun at the nearby Waterworld aquatic park.

Of course, no summer camp in Barcelona would be complete without a trip to the Camp Nou Stadium and Barça’s football museum. There, the children will get to know all about the history and many successes of this great club.

On their final night at the camp, the students will attend a farewell dinner in a venue outside the residence. Youngsters who attend the FC Barcelona camp are accommodated in the modern facilities of the Sarriá residence, situated close the city centre and only 10 minutes from the training grounds

The students are housed in double rooms which are all equipped with private bathrooms, air conditioning and Internet connection. They also have free access to the rest of the facilities which include a swimming pool, games room and private cinema.

Participants can also make use of a sports club located next to the residence, where they can exercise, swim or simply relax.

Accommodation is offered on a full-board basis with breakfast, lunch and dinner included in the price. For added peace of mind, it should be noted that the residence halls are are under 24-hour supervision.

Prices are shown in Dollars. Do you wish to see them in Euros? Change to EUR

This camp isn´t available this year

You can purchase one of the extra services below at an additional cost.

We have different insurance options with special anti-covid coverage, so you can insure your camp reservation according to your needs:

Transportation to the camp (flights/trains) is not included in the price of our programs. 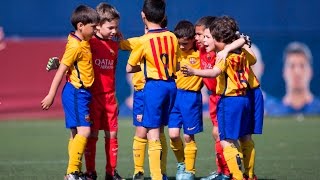 1. Click Ask Ertheo if you have a question or would like to learn more about this program
2. Discuss your questions or concerns with one of our Sports Program Consultants via telephone or email
3. Select a program and receive a personalized quote
4. Make the first payment to start the enrollment process
ASK ERTHEO